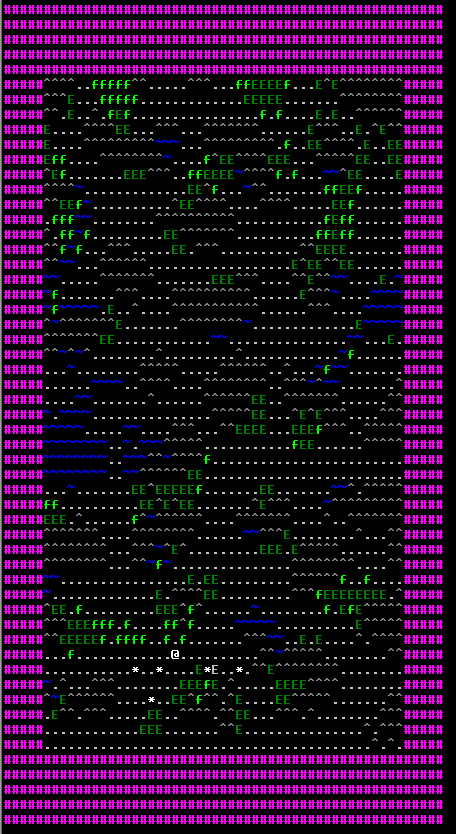 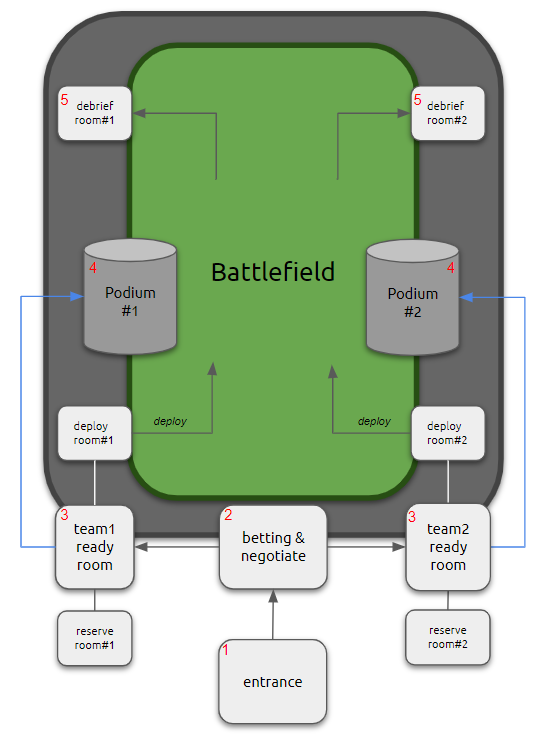 Note that this tutorial assumes you have not yet selected your allegiance, which the system will interpret as you will play mercenaries by default.

So go to the entrance of Wyvern Gulch with your friend with each carrying your company in your inventory. See picture below, this is the correct place.

From the battlefield entrance, both players go 1 north.

Type 'drop 1 mithril' (have 1 with you!) This will be our battle bet. Regardless of the bet, if there are sufficient victories in the battle, there will also be additional automated rewards.

Once in the ready room, both players type: 'forcemin 50'

After that type: 'ready'.

Both players go 1 south, back to team ready room.

Now, both players type 'deploy' to lock both teams.

Deploying your team to the battlefield

This indicates that the deployment stage has begun. The battlefield daemon determines the order of initiative. This order will last until the end of battle. Now, order of deployment was decided so that team1 will always go first, then team2. So also deployment to battle will follow this order.

So, whichever team in your setup is chosen to go first, that team member should now type 'startdeploy' to start his deployment of squad. The team that won the initiative will deploy first, and in the meanwhile the other team has to wait until they are ready. Once the first team is deployed, a signal is given for the second team to start deployment by typing 'startdeploy' on their team's behalf.

Once 'startdeploy' is typed, the team player will be moved to the podium and he can guide the deployment stage of his force from there.

It is assumed by default that players will want to select their deployment positions in the battlefield manually.

However, in the team ready room, you can use command 'pickstart' to toggle automatic deployment of force. Automatic deployment means computer will deploy your force randomly in your team's deployment area. In this tutorial, we will not change the default setting so that we learn to deploy our forces manually.

In the podium, the most important commands at your disposal are:

To see where you are, you first have to select a trooper, type 'next', then type 'tac' which is a shorthand for 'tactical'. 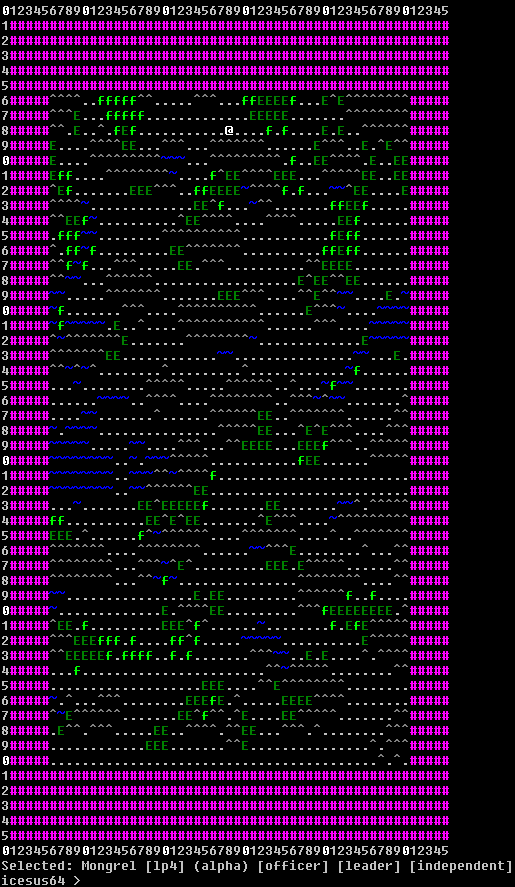 Tactical view of the battlefield.

Also, once you have selected a trooper, you can use command 'squad' to see status of squad this trooper belongs to. Remember, we assigned them to squad 'alpha' earlier, so they all are in that squad now.

You can try 'next' and 'prev' commands, followed by 'tac' to see how things work. In the tactical, your currently selected trooper is marked as white @, while other troopers of your company are marked as white *.

Now that we are in the deployment stage of battle, you can use this opportunity to position your company the way you want at no movement cost. This comes with the restriction: Each team has their designated deployment area, and no trooper can go past these boundaries during the deployment stage.

To deploy your force, choose your troopers one at a time using 'next' and 'prev'. Once you have selected a trooper, use command 'deploy <direction>' to move him. You can try e.g. 'deploy s', 'deploy w', etc.

NOTE: Because your selected trooper is a leader (as it is a mercenary boon: all mercenaries can lead a squad), the rest of the same squad will follow. If you wish to make a trooper stay, use 'next' to select that trooper and type 'stay' so he will not follow squad leader anymore. Type 'follow' to make that trooper follow the leader again.

Once you have deployed all your troopers, type 'enddeploy'. Now, the other team may follow suit and type 'startdeploy' and go through the same stage. Note however that they will be in the opposite end of the battlefield and because there is no line of sight, the activity of other will be hidden from the other. Once the opposing team is ready with deployment, again, 'enddeploy'. Once the last team to deploy ends the deployment stage, the first battle turn will start automatically.